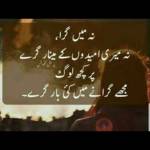 The Financial Action Task Force (FATF) is the global money laundering and terrorist financing watchdog. The inter-governmental body sets international standards that aim to prevent these illegal activities and the harm they cause to society.

what is FATA ?
The Financial Action Task Force (FATF) is the global money laundering and terrorist financing watchdog. The inter-governmental body sets international standards that aim to prevent these illegal activities and the harm they cause to society. As a policy-making body, the FATF works to generate the necessary political will to bring about national legislative and regulatory reforms in these areas.
What is the objective of FATF?
FATF sets standards and promotes effective implementation of:
a. legal, regulatory and operational measures for combating money laundering.
b. The FATF works to identify national-level vulnerabilities with the aim of protecting the international financial system from misuse.
How many members are there in FATF?
As of 2019, FATF consists of thirty-seven member jurisdictions.
Is India a member of the Financial Action Task Force?
India became an Observer at FATF in 2006. Since then, it had been working towards full-fledged membership. On June 25, 2010 India was taken in as the 34th country member of FATF.
FATF on terror financing
FATF's role in combating terror financing became prominent after the 9/11 terror attacks in the US. In 2001 its mandate expanded to include terrorism financing. Financing of terrorism involves providing money or financial support to terrorists. As of 2019, FATF has blacklisted North Korea and Iran over terror financing. Twelve countries are in the grey list, namely: Bahamas, Botswana, Cambodia, Ethiopia, Ghana, Pakistan, Panama, Sri Lanka, Syria, Trinidad and Tobago, Tunisia and Yemen.
What as FATF 'grey list' and 'blacklist'?
FATF has 2 types of lists:
a.  Black List: Countries knowns as Non-Cooperative Countries or Territories (NCCTs) are put in the blacklist. These countries support terror funding and money laundering activities. The FATF revises the blacklist regularly, adding or deleting entries.
b. Grey List: Countries that are considered safe haven for supporting terror funding and money laundering are put in the FATF grey list. This inclusion serves as a warning to the country that it may enter the blacklist.
FATF Pakistan
Pakistan has been in the FATF grey list since June 2018 and has been asked to implement the FATF Action Plan fully by September 2019. It was in the same category from 2012 to 2015 too. Pakistan's inclusion in the grey list can be attributed to the fact that the country's anti-terror laws are still not in line with FATF standards and also with the latest UN resolution 2462 that pitches for criminalising terrorist financing. What Pakistan has mostly done in the past is detain both Masood Azhar and Hafiz Saeed for 'apprehension' of breach of peace. The FATF seeks freezing of funds, denial of weapons access and travel ban.
While there were some arrests of LeT, JeM, JuD cadres, they were all apprehended under the country's Maintenance of Public Order Act and not the Anti-Terrorism Act, 1997.
Consequences of being in the FATF grey list:
Considered in the grey list may face
1. Economic sanctions from IMF, World Bank, ADB
2. Problem in getting loans from IMF, World Bank, ADB and other countries
3. Reduction in international trade
4. International boycott
#Fatf